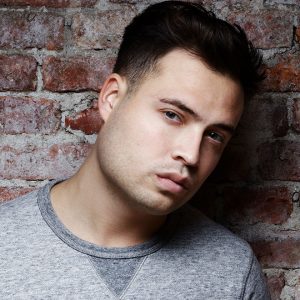 Growing up to a backdrop of deep house music, DJ and producer Prunk, was destined for a future behind the decks. His most memorable encounter with this sound is receiving an Ian Pooley record from his older brother on his 11th birthday. From this moment on he says: ‘’My brother already knew at that time that I could understand and feel house music. From that moment on, I fell in love with it’.

A the age of 16, Prunk found himself increasingly more attracted to deep and jackin’ sounds. The US house sound, particularly that of Mark Farina, was already one of his favourites, but he continued his search for the deeper and better beats the international house scene had to offer. Soon after this, he started to do some producing himself. His first remix was of the The Stafford Brother’s track, ‘I Can See’. Just one week after completion, the remix caught the ear of Belgian Hed Kandi DJ, Tom De Neef, who subsequently played the track in his own Hed Kandi radio show, broadcast live on the net.

Recently Prunk has released on labels like King Street Sounds, Soweso, Electronique and Midnight Love Club (vinyl). In May he released a 4-track EP with remixes from Pammin & Havens on Electronique UK. Suitably in addition he will showcase his production skills by releasing another track on Electronique together with Pony in August this year.

Gig-wise this success has also meant a move to the big clubs and festivals like Welcome to the future, DGTL Festival, Open Air Festival and Awakenings. His popularity extends well beyond the Dutch border, recently, our Russian friends welcomed Prunk for a weekend full of deep house. Amongst others he was rocking clubs like Don’t Tell Mama and De Pompadour in Moscow and Tyumen. But also at clubs near the area of the black sea and even in Yaroslavl, which lies in the north of Russia they fell in love with his sound.

Prunk does not limit himself to DJ-ing and music production only. From December 2012 he has been hosting his own night in Amsterdam’s club AIR called Windmill. This event will focus on the new UK sound and has had guest performances from artists such as Jordan Peak, Genius Of Time, Dale Howard & Jay Tripwire to name a few. But that’s just the tip of the iceberg. In collaboration with Deep House Amsterdam Prunk started his own label called, Double Tree Records on which he will release an EP including a remix from the famous “Satin Jackets” and Roland Nights. The label is already being supported by well known artists such as MANIK, Thugfuckers, Blondish, Finnenbassen, Perseus, Moonboots and many others.