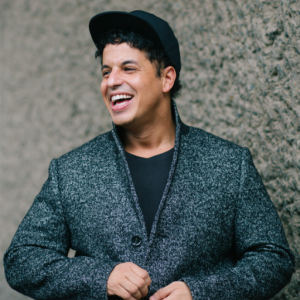 Richy Ahmed is firmly established as one of the top DJ’s at the forefront of British house music at the moment, consistently re-defining the scene, taking cues from disco, techno, funk, electro and hip-hop. Playing a major part in the renaissance of British House in recent years which has given rise to a whole new breed of DJ’s and producers, Richy Ahmed is a driving force behind this resurgence of home-grown talent.

Hailing from South Shields in the north of the UK, Richy continues to make regular appearances at events across the UK as well as tour internationally. Richy spent many years cutting his teeth at the UKs most exciting venues for underground dance music including Rainbow Venues in Birmingham, The Warehouse Project in Manchester, Glasgow’s Sub Club as well as London’s most respected clubbing institution’s XOYO and Fabric. Internationally Richy Ahmed has played major events, from BPM in Mexico to the exclusive Blue Marlin venue in Dubai to Panorama Bar in Berlin, cementing his rise as a globally acclaimed DJ and as a result has been polled in Resident Advisor’s Top 100 DJs for the last two years running.

In 2013 Richy released his debut EP ‘The Drums’ on Jamie Jones and Lee Foss’ Hot Creations label, one of the most popular underground house music labels. The lead track went on to be crowned as Pete Tong’s ‘Essential New Tune’. He followed this up in 2014 and signed his ‘Sneaky Acid’ EP to the label for their 50th release. A key member and of the Hot Creations family, Richy is an A&R for the label and has been the main resident and one of the curators for the line ups for Paradise at DC-10 over the last three years.

The climax of 2014 saw Richy broadcast on the legendary BBC Radio 1 Essential mix with his own unique take on the iconic series; armed with a completely individual sound that fuses the energy of house and disco with infectious funk-inspired grooves and a touch of sullen mystery, his style has a distinct edge that’s impossible to pinpoint.

Bringing us in to the present and it is set to be a busy year production wise for Richy, with the release of his own EP on the classic Strictly Rhythm label along with a number of remixes on Circus, Suara, Truesoul to name a few. Ahead of what is already a jam-packed year of worldwide touring, 2015 will take this lad from South Shields to all corners of the globe.