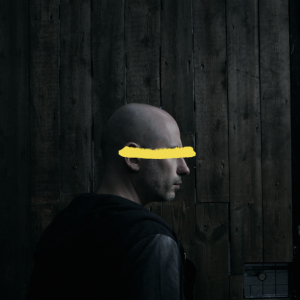 Riva Starr, aka East-London based Stefano Miele, has long burned a mark on the night. Not simply a widely respected DJ, producer and the owner of Snatch! Records, his restless artistry has made a career from shrugging off genre constraints and expectations.

Starting out spinning ten hours sets in his native Napoli, Riva Starr was working up to Malcolm Gladwell’s 10,000 hour rule long before it even existed. Capable of turning it out on any dancefloor he’s been invited onto the biggest stages, from Glastonbury to Fuji Rock to Tommorrowland,. Snatch! has hosted its own tent at Creamfields, while the Riva Starr touch has been sought to open for Jamiroquai in Ibiza and to work with artists as diverse as Horace Andy, Fatboy Slim or Arthur Baker – or to remix Wiley or London Grammar. Far from
cashing in his chips for mainstream glory, however, he still beats to the pulse of the underground, throwing down back to back sets with DJ Pierre and Technasia, and rocking clubs like Warehouse Project (Manchester), El Row (Barcelona and Ibiza) and Cocoon, or heading his own label showcase at off Sonar.

An insatiable musical appetite means Riva Starr has never danced to anyone’s beat but his own. Where he’s gone, from breakbeat to wonky house, others have followed. But by then he’s just a trail of dust leading the way to his next unpredictable escapade. With an uncanny ability to be in all the right places at all the right times, he’s a singular talent able to bag a improbable, global, runaway
iTunes smash hit while still releasing on the hottest underground labels around, from Dirtybird and DFTD to Hot Creations.

For most other people being a DJ, literally a disc jockey, means riding on the backs of other people’s beats. But Riva Starr has never shied away from saddling up and taking the tracks he champions down his own distinctive path. His famed ‘Rechunk’
re-edits have given his fail safe touch to names like Daft Punk and The Doors, the latter’s ‘The End’ transformed into a magnificent, swirling psychedelic set closer. Nic Fanciulli’s Saved are the first to release some of these officially with ‘Raw Edits Vol.1’, a collection that was previously an exclusive part of the Riva Starr DJ arsenal.

Honing the art of turning any track up a notch, his remix resume is as broad stroked as his ability behind the decks. From major label hip-hop and R&B superstars like Usher and Plan B to the hyphy, bass-driven house of Claude VonStroke or New York superstar Armand Van Helden, Riva Starr has stamped his trademark sound across the musical spectrum. A mainly analogue set-up adds that essential percentage of randomness”, the joyful spontaneity that lies at the heart of his
creative process.

In the studio he might be recording verses with Roots Manuva one day, giving the first break to artists like Pirupa on Snatch!, or persuading DJ Sneak to get on the mic. It’s a free wheeling, if it feels good do it mentality that runs through his two
artist albums, ‘If Life Gives You Lemons, Make Lemonade’ (2010) and ‘Hand in Hand’ (2013). It’s also the uniting thread to a constant stream of dancefloor EPs, both under his own name and using various, long-standing aliases.

Making this cross-pollination seem so effortless has won a who’s who of supporters, from Giles Peterson to David Squillace, Adam Beyer to Pete Tong. But then it is in Riva Starr’s world, where the unexpected is the norm, and the club is just the fir
st step on a wide musicial journey…