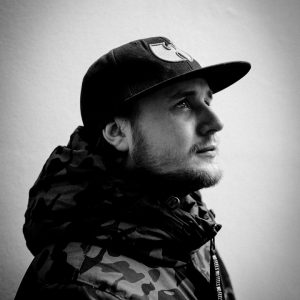 House DJ Wouter S. has just recently entered the Dutch electronic music scene but already established quite a name for himself. Not only through the hosting of very successful monthly parties in Utrecht based techno club Poema throughout the years 2011-2012, but mainly by standing out from the unmeasured amount of competition that was going on between DJs in Utrecht last couple of years.

Finding his relieve in techno music as an enthusiast back in 2007, Wouter S. quickly got hold of DJ gear that would eventually lead him getting small and large crowds going throughout the Netherlands.

Back in his early days as an eager party goer, Wouter S. was influenced by the minimal-techno sound that ruled the Utrecht underground music scene for some time. It is through the influence of passionate DJs and organizers that Wouter S. has remained loyal to his personal musical path and has always remained explicit in delivering the sound that is appropriate to his trusty audience.

In the years 2010 – 2011 when Utrecht found itself in a massive rise of small organizations that sought to deliver true house music and the minimal-techno sound slowly became part of the past, Wouter S. managed to fit in the new trend by communicating his own vision on house music. Not only through his musical selection as a DJ, but also by inviting renowned artists to his parties such as Jason Hodges, Andre Crom, Rafael Kakudo, Boris Werner and Lauhaus who fitted perfectly in the locally rising trend.

It is through this process that Wouter S. established his own vision on house music, and by collaborating with the likes of garage freak DJ and producer ‘De Sluwe Vos’ and holders of the jacking house sound, Pete Bandit, Jason Shae and Alex Fields, that Wouter S. released his first EP in the fall of 2012. Aside from his producing skills and his cutting edge mixing skills he developed through hard practice, Wouter S. possesses an incredible drive that has led him to where he is today.

There are but few DJs in Utrecht who have successfully withstood the coming and going of party organizations and Wouter S. is one of them. Moreover, Wouter S. secured himself a favorable position within his operating market which can be noticed in his recent gig at Smeerboel NYE and a big festival booking which will be revealed in the following months.

It is therefore that the future of Wouter S. is one that keeps every bystander watching from the shadows in await of his next move. Without supporting evidence, however, it has become clear to many that Wouter S. is not some naive trend hopper who is loved one day and put aside the other. Through this notice it can be said without any doubt that Wouter S. is no longer a talent that has to assert his position in the ever ongoing petty fights, but has become a full grown artist who knows his strengths and weaknesses and has learned how to work with them, never failing to lose sight of his vision and his goals.